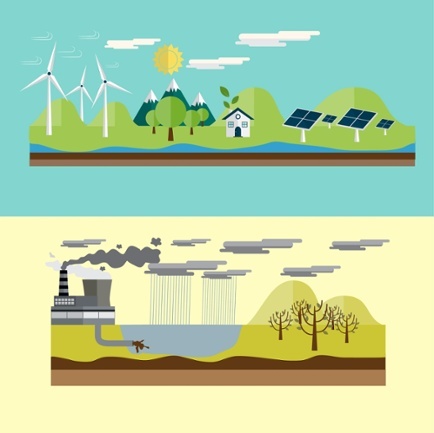 We live in a finite world. Fossil fuels--oil, coal, and natural gas--are our number one energy source. Oil, being the biggest, drives almost everything we do. And we're rapidly reaching the limits of how much of it the world can supply.

The concept of peak oil is simple. Geologists have determined that any finite mineral substance on earth is produced in a bell curve. When you've reached the peak of that curve, it means you've used half of this resource. Based on this model, most of the resources we depend on will eventually peak, with the exact timing of those peaks depending on our consumption.

With our current levels of population growth, the finite world is in play. We used to believe that we lived in an infinite world because our demand was much lower. But now we're exceeding our carrying capacity, depleting these one-time resources. They're not replaceable, they don't self-generate, and once they're gone, we can never get them back.

Peak oil, as a theory, has been downplayed, because models predicted that we'd hit peak oil production between 2000 and 2010, and we didn't--instead, we plateaued. The reason is that in that time, the process of fracking became an economically and technologically viable method of extracting oil and gas from shale deposits.

As a result, we've seen a huge increase in oil production, with U.S. oil extraction essentially doubling over the last decade. This short-term phenomenon helped create a temporary oil glut, with the U.S. going from roughly 5 million barrels a day of conventional oil production to roughly 10 million, positioning us as one of the biggest producers of oil in the world, a position we last held in the 1970s. Oil prices have dropped dramatically because of this oversupply. It's selling for less than bottled water, which is just incredible. It's 10-100x cheaper than it should be if we truly valued this one-time resource.

Some people believe that we can keep fracking forever, and that oil production won't peak because we can just continue to frack more shale, but that's just not possible. Consider the facts: in the last year, fracked oil production has actually decreased. A typical fracked well is abandoned after just five years.

Instead of decades of slow production, peaking, and declining, such as in traditional oil extraction, more than half the oil it will ever produce is released in the first year, with supply depleting year over year until the well must be shut down. Fracking's like a treadmill--you have to drill more and more each year just to stay afloat, and you can only drill so fast. And drilling costs money. Now, with oil prices being so low, they're not turning as much of a profit and the amount of drilling is slowing down considerably. It's a temporary fix to a much larger problem.

We're on the backside of the bell curve, and once you start coming down, there's no going back ever again. Fracking was a trick that most people didn't see coming, one that gave us artificial time, but it's not a long-term solution.

And other "solutions," like oil production from tar sands, are just as limited in their effectiveness. Tar sands oil production accounts for a fraction of our world's supply and is both very energy intensive and very expensive, not to mention extremely destructive to the environment. The reality is that we're going to end up with less oil each year going forward, and by 2100 we'll have most likely used about 80-90% of the world's available oil. We're missing the peak predicted by geologists by about 10-20 years, but that doesn't mean it's not coming--it's just been put off.

We're living in an oil-based world and we have a huge crisis coming because of this dependence. We haven't stopped the growth of CO2 emissions, and we're going to see some major changes to our environment because of that. Even if we reduced all emissions to zero today, we'll still see a couple degrees of global warming. Climate change is going to happen, it's just a question of how bad it will be. And it's a shame that peak oil has been delayed by a decade, because it may have forced action on this issue sooner.

"Our modern economy is driven by a concept of an infinite world, infinite growth forever. In a finite world, we're going to crash against that mindset."

The other significant issue we're facing is that oil drives the world's economy, and our modern economy is driven by a concept of an infinite world, infinite growth forever. In a finite world, we're going to crash against that mindset. Society doesn't tend to react until we have an actual, immediate crisis on our hands. We'll have an oil supply crisis soon--it could be in two years, it could be in ten, but it's coming.

The role of renewables

Renewables are clearly a part of the solution, but it's going to be hard to replace all of the oil we use with renewable energy. We've gotten so energy intensive in what we do, everything from transportation to food production, and it's too much to support. Some people believe that renewables can sustain the world as we know it, but we simply use too much to be able to replace fossil fuels completely with renewable energy.

We also don't have enough resources in the world to be able to build all of the solar panels and wind turbines--we would deplete many other resources such as iron ore, aluminum, and copper trying to make this renewable energy system, trying to replace fossil fuels that took millions of years to make. We're overpromising, making people believe that they won't have to change their lifestyles. Oil is what allowed our population to expand so rapidly, but how do we continue to support more and more people with less and less oil? Something has to change.

We're going to see some major lifestyle changes in our lifetime. We can't keep driving the way we do--we have 1.2 billion cars in the world, which is crazy. Even if every single car was electric, there's so much embedded energy in building the cars, the road systems, the infrastructure--more energy embedded in those things than you'd use in the life of a car. The system we've created, the one we continue to build upon and need to maintain, eats up a significant amount of oil. We can't keep going in this direction.

So what's the solution? Relocalization will be a big piece of it. We'll need to live closer together, with mass transit and other ways of moving around, living much closer to where we work or go to school. With the rise of suburbia, we got used to the idea of spreading out, of using the car to go everywhere, but we'll need to condense things significantly. The U.S. is in a tough position because we're one of the most energy-intensive countries in the world, consuming a quarter of the world's resources and energy, so we're the ones who will need to decrease our usage most dramatically.

The problem is, we believe it's our right to use it. We don't want to change. Our society can handle about a 10% voluntary energy reduction across the board, doing things like walking more and carpooling. To get to the necessary level (which, by some estimations, will be about a 60-80% decrease in energy usage), will be impossible unless we change the way we think about things. We're not going to get to where we need to be by picking paper bags instead of plastic at the grocery store--it's about mass consumption, about the way our society operates as a whole. And this can be a positive thing, a change for the better: a more community-oriented lifestyle, being closer to people, sharing more. We just need to change our frame of mind, adjust our expectations, and embrace this change.

An energy dilemma versus problem

Our energy issues are dilemmas, not problems. Problems, you can solve; dilemmas, you will never solve completely. So this issue of how we're going to live in the future will never have a clear, defined answer. It's necessary to switch to a completely renewable-driven world and enact tremendous lifestyle changes to survive. And it is about survival, because we won't survive the way we're doing things today. Things have to change dramatically. At this point, it's clear that we will be forced by nature to do something.

Peak oil is the most likely driver of change--while C02 emissions and climate change are a much bigger issue we will need to contend with, their effects appear more slowly, over time. They don't affect everyone of us every day. Peak oil, when it happens, is going to be visible and dramatic and, perhaps most importantly, will hit us in our wallets, which is one of the surest ways to get people to react.

And it's just a matter of time. Scientists guessed that it would come in the mid-2000s, and we were off ten years, which bought us some time. And what did we do with that time? We consumed even more, and produced even more carbon emissions. We didn't use the foresight and knowledge available to us to begin to make those changes. We should be building the new infrastructure before we hit peak resources, using fossil fuels to create the next generation of energy supplies, which are renewables.

We have to invest tremendous amounts of this oil-based energy in renewables, because if we're coming down the backside of the peak oil curve, we will have fewer and fewer resources each year to build the new energy sources we need, and it will cost more and more. We're at the best time in our society to build the necessary next steps. We need to take them, and do it quickly.

This post originally appeared on the AllEarth Solar Power blog.